As a result of a collaborative inquiry about how to approach the conflict between humans and beavers in Tierra del Fuego, artist Christy Gast, curator Camila Marambio, ecologist Derek Corcoran and biologist Giorgia Graells have taken to experimenting with the fabrication of scents that would deter beavers from moving into specific territories. These fragrances, produced at the Institute for Art and Olfaction, will be field tested in Tierra del Fuego and North America next year and exhibited in IAO’s experimental project space under the title Dear Enemy.

The Dear Enemy Effect is a behavioral phenomenon observed in animals who are less aggressive to neighbors with whom they have clearly established boundaries. Beavers establish boundaries through building scent mounds –piles of mud, leaves and pond-bottom debris- around the perimeter of their territory. They then smear castoreum, a substance that comes from their castor sacs, over the mound. Chemical compounds in the castoreum, gleaned from the shrubs, leaves and twigs that the beavers eat, convey to young roaming beavers that a particular pond is occupied.

Thanks to an grant from the Art Matters Foundation. 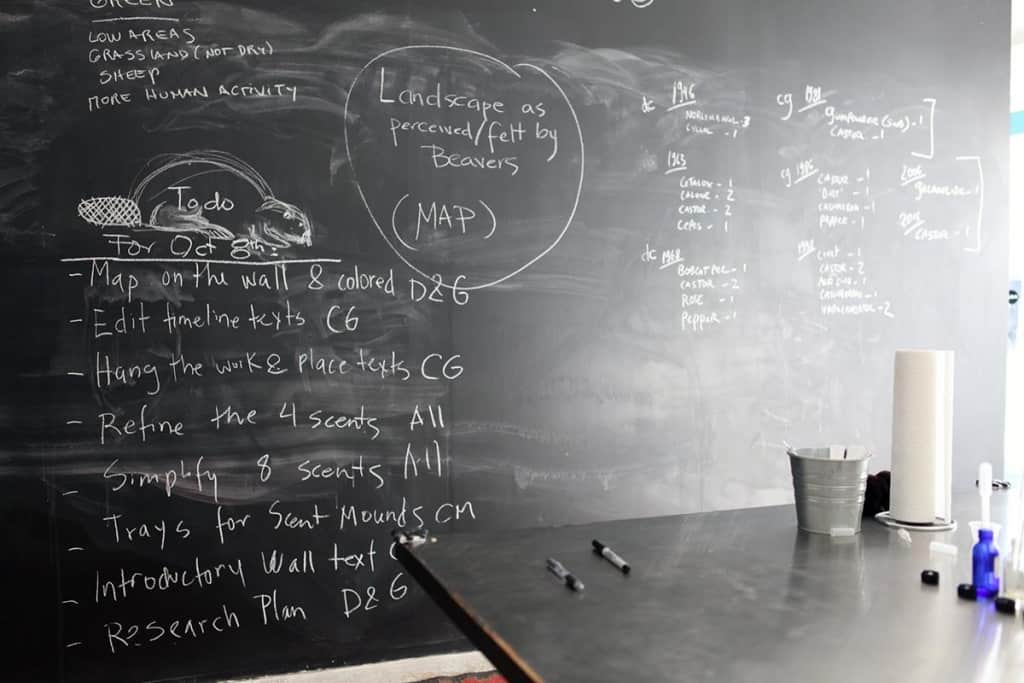