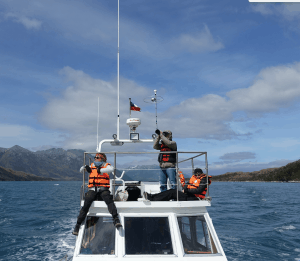 Camila Marambio and Christy Gast were invited to observe Whale Sound, a joint tourism and scientific effort, during a two-night cruise to their base camp at Isla Carlos III. For three days and two nights, scientists and tourists navigated through the fjords of Parque National Francisco Colane, where a resident colony of humpback whales spends the summer. Scientists 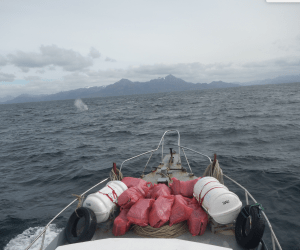 studied the whales’ movements and associations, sharing their research and thoughts with a small group of tourists from Europe and South America.

Ensayo #4 focuses on coastal development and marine resources. Whale Sound is developing a sustainable model of tourism, which supports their scientific research program.

Thanks to an invitation from Whale Suound